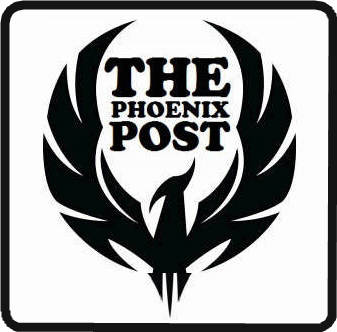 Priti Patel presents a Bill to Parliament for a code of practice setting out the rights of victims of crime and their families.

That leave be given to bring in a Bill to make provision for a code of practice to be observed by all those working in the criminal justice system setting out the rights of victims of crime and their families; and for connected purposes.

It is a privilege to address the House on a matter of profound importance to the functioning of our criminal justice system, and I am delighted that so many Members have expressed their support for this endeavour.

The Bill sets out to provide more rights and support to the victims of crime and to their families. We all know, from meeting victims of crime in our constituencies, the horrific, appalling and devastating effect that criminals have on their lives, but all too often victims and their families feel let down, unrepresented and abandoned as they are processed through the criminal justice system.

The treatment of victims is of even more concern when compared with the treatment of defendants and offenders. Surveys show that only about one third of people believe that the criminal justice system

“meets the needs of victims”.

By contrast, twice as many—80%—believe that the system

“respects the rights of and treats fairly people accused of committing a crime.”

That is no doubt why the former victims commissioner, Louise Casey, whose work I pay tribute to, has said that

“there is a need, if not to take away rights from offenders, to at least give consideration to ‘balancing up’ the system towards some basic needs of victims. Convicted or accused people are afforded a strong position in terms of definite ‘rights’ from the criminal justice system, whereas victims are afforded vague codes and unenforceable charters with no real route of complaint.”

The existing procedures for victims have failed and proved to be inadequate, and the victims commissioner called for a new victims law, which would include the rights for victims and their families to make statements to influence sentencing, to receive information about their case and to be given suitable support. Before Louise Casey left her post, she also called for more support and rights for the families of murder victims. It is deeply worrying that 51% of families bereaved in such circumstances have found the criminal justice system to be the most difficult issue to deal with, but that is why she called for them to receive greater rights to information, greater practical and emotional support and better treatment in the courtroom. She rightly called also for delays in releasing bodies to be overcome, so that loved ones might be buried within 28 days. Measures to introduce those recommendations and others are included in my Bill, as it strengthens the rights of victims and enshrines those rights in law.

In the time I have left, I should like to draw the House’s attention to some other issues that need addressing and are dealt with in my Bill. First, victims’ rights must be enforceable with an efficient and effective mechanism in place for them to seek and secure redress when their rights have not been respected. Offenders and defendants have a range of legal avenues available to them when they feel mistreated in the criminal justice system, including going all the way to the European Court of Human Rights, but the striking absence of a corresponding system for victims is unjust, and my Bill reverses that.

Secondly, as part of making victims the central focus of the criminal justice system, my Bill ensures that they have a genuine say over whether an offender is charged, and when a sentence is passed down once a guilty verdict is secured. Too often, victims are excluded from that process, an appalling example of which was when the police and courts let off an offender responsible for committing some 600 crimes in Essex. Instead of being put in a prison cell, he went into the community to reoffend. Needless to say, victims throughout the county were angered by the judgment and by the fact that they were excluded from the decision-making process and did not get their day in court to press for a more relevant and appropriate sentence. Under my Bill, that would not happen again.

Thirdly, as part of giving more rights to the families of homicide victims, my Bill compels authorities to offer more support to the families of British nationals murdered abroad. In recent months, two horrendous cases have come to my attention, in which constituents have suffered because of the murder overseas of those nearest and dearest to them. Not only have they had a terrible time dealing with the tragic loss, but they have had to encounter a range of practical obstacles, such as translation costs, travel arrangements and an unfamiliarity with foreign legal systems. Currently, only 13% of those families feel as though the British authorities treat them as victims, and there is a wide disparity in the support services available to them. I pay tribute to the outstanding work undertaken by the organisation Support After Murder and Manslaughter Abroad in assisting relatives faced with that tragic set of circumstances, and to its efforts to develop a memorandum of understanding with the authorities in this country. But a firm set of commitments, which my Bill provides for, is needed so that full assistance can be afforded and provided to them.

Finally, my Bill gives victims greater protection from criminals not only when the criminal is out in the community, but when they are in prison. In one shocking case in my constituency, a convicted murderer has been able from jail to torment the family of the deceased, through media articles both authorised by the Ministry of Justice and unauthorised. That cannot be right, and my Bill empowers victims in such circumstances to prevent hurtful statements by their convicted tormentors.

Those are important issues for victims in all our constituencies, and I hope that right hon. and hon. Members throughout the House will show their support by granting me leave to bring in this Bill.

Question put and agreed to.

http://www.priti4witham.com/content/priti-calls-new-victims%E2%80%99-law-victims%E2%80%99-report-launch
Priti Patel MP, Co-Chair of the All Party Parliamentary Group for Victims and Witnesses, will call for a new victims’ rights law to be introduced. Priti Patel will make the call at the launch of a new report, ‘Rebalancing the Scales: Prioritising the Victims of Crime in the Criminal Justice System’, which is being published by her today and features contributions from seven victims’ charities. With spending on victims services totalling around 1% of the Ministry of Justice’s budget and countless examples of victims being let down by a justice system which has been criticised for over-emphasising the rights of offenders, today’s report gives victims of crime a new voice in the policy-making process.
Justice Secretary, the Rt Hon Chris Grayling MP, will be attending the launch in the House of Commons at 2pm today and has written the forward for the report. Priti Patel said:
“The criminal justice system has been unable to support and help victims of crime and all too often leaves them voiceless. Thousands of victims, including the most vulnerable, have been left isolated and excluded and police, prosecutors, courts and probation services have become offender-centric. Offenders get access to legal aid, ombudsman and the European Court of Human Rights while victims, who have already suffered, are left to fend for themselves.
“Victims now need to have their rights enshrined into a new law so that they are never forgotten and are always put first by the criminal justice system. The new law should include guaranteed access to information about their cases and emotional and practical help, particularly for families bereaved by homicide. Victims’ must also have the right to let courts and parole boards know of the impact an offender has had on their lives and have those views taken serious. A robust complaints procedure is also needed to help victims when things go wrong.”
The Justice Secretary, the Rt Hon Chris Grayling MP, commented:
“Too often victims tell me that they are treated as an afterthought by the justice system. This is unacceptable and I am working hard to make sure that victims’ voices are heard and that criminals pay more for their crimes. We are revising the Victims’ Code so that victims know what they are entitled to, and who to demand help from if they don’t get it. Also we are making criminals literally pay more for their crimes. As a result up to £100million is available to support victims to recover and move on with their lives.
“I want to thank all those individuals and organisations who work tirelessly to support victims and their families. Working together we can make sure victims get the support they so need and deserve.”